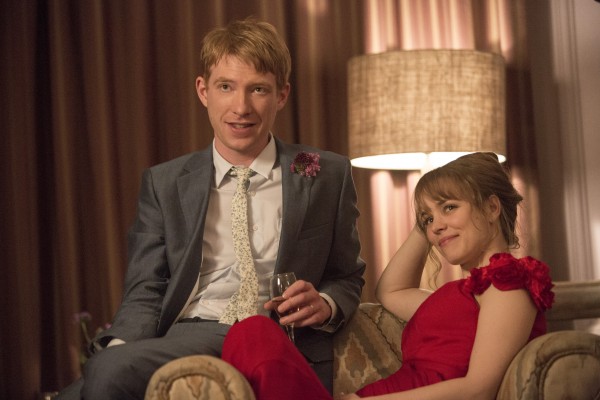 It's funny, but lately I've been spending a lot of time thinking about those tiny little moments that change your life.

You know what I'm talking about, right? Those moments that you don't recognize as you're actually living them, but looking back, you realize that everything ultimately traces back to them.

Case in point: Chad and I met twice before we really "met."

The first time, I was three months out of college and moving into my law school dorm room, with my parents and sister and a car full of random dorm supplies in tow. Emily and I were carting a load of supplies up the elevators by ourselves (moving into a dorm in Manhattan is a complicated, multi-step procedure, since there is no parking anywhere, ever, so my parents were staying with the car) and as we get on the elevator, a guy in a Duke tee shirt steps on it with us. The three of us stand there in awkward silence for a minute or two, and then he gets off on his floor and we keep going to mine. The second the doors close, Emily says what I'd just been thinking: "That guy was really cute. You should date him."

That's how I remember meeting Chad.

The second time, I was running insanely late to a pre-orientation lecture, and by the time I got to the auditorium, literally every single person in my 400-person law school class was already seated. Which meant that there were zero seats left. Feeling totally awkward and self-conscious, I scouted the room for empty chairs, and finally found one... next to a cute boy, no less. Feeling a lot better, I squeezed my way through the row and sat down next to him just as the lecture started. But here's how much we talked: exactly zero, zilch. He had this palm pilot (ha) that he was trying to get working throughout the whole lecture, and paid exactly no attention to me. Seriously, I could have been the wall.

But that's how Chad remembers meeting me.

And then there's the story of how we actually met: A day or two later, right before classes actually started, we were at a first year orientation party and both ended up talking to a mutual friend. After a few minutes, I was like, "didn't I see you in the elevator?" and he was like, "didn't I sit next to you during orientation?" But we got to talking and I gave him (unsolicited, because I was a ballsy little 22-year-old) my number, and we went out to a party the next night, and by the end of that week we were dating, and by the end of that decade (lol), we were married. But I'm never going to forget that tiny little moment in the elevator, when I had no idea that I was first setting eyes on my future husband.

And yet it's crazy to think that that memory wouldn't exist if things had been a little different -- if I hadn't run late for orientation, or my mom had run the cart of supplies into the dorm without me, or I'd skipped the party to study because I was starting law school the next day and completely terrified. I'd like to think we would have found each other anyway, but who knows? Change one moment, and you never know if you're changing everything.

Which is exactly what happens in About Time, the insanely adorable-looking Rachel McAdams movie that's coming out in November! The main character in the movie has a gift that lets him relive any moment of his life -- but when he meets the perfect girl, his gift backfires and it turns out he's never met her at all. So he goes back to meet her again and again, trying to make everything about the moment absolutely perfect -- and eventually realizes that the best moments in life aren't the perfect ones, but the ones that are imperfect and unpredictable and completely extraordinary.

(You know, the one where Chad ignores me in favor of his Palm Pilot, obviously!)

I've been desperately in the mood for really wonderful romantic comedy recently, and this one looks amazing. And -- get ready for this -- it's made by the creator of Love Actually and Notting Hill, two of my favorite movies of all time, ever. Movie dates are my idea of a perfect night, and this one is on the top of my list for November. I'm 100% sure it will be an instant classic!

Also, how cute is this? If you don't believe me that it looks amazing, believe Emma Watson! 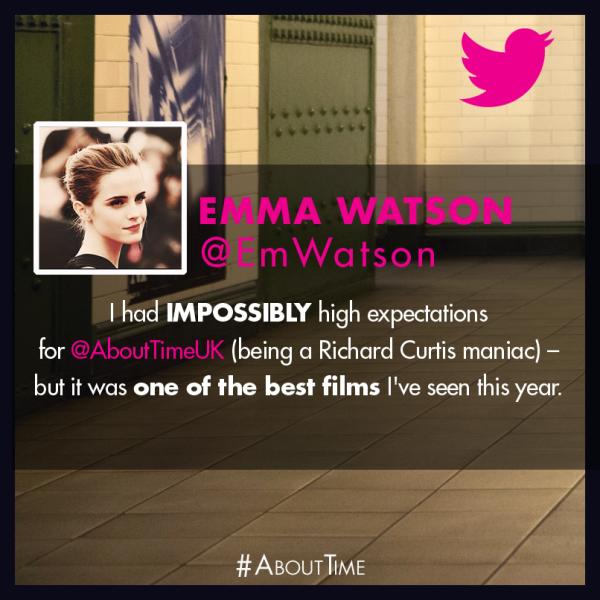 You can check out the trailer below (it's adorable) and catch it in select theaters November 1, everywhere November 8th!