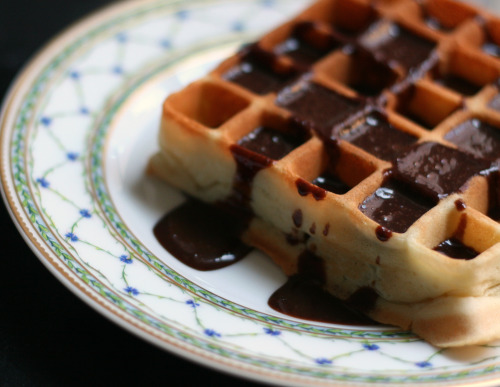 The lovely thing about being married is that you suddenly have a kitchen full of every amazing tool and appliance you've ever dreamed of. Â Among those, and one we were particularly excited about, is a belgian waffle-maker. Â But what's better than freshly made waffles first thing in the morning? Â Freshly made waffles drizzled in nutella sauce, full of chocolate, hazlenut, sugary flavor. Â You won't think about maple syrup the same way ever again.

And these are really easy, too. Â One nice thing about waffle batter -- it's essentially the same as pancake batter, so you can substitute recipes for one or the other easily. Â So if you don't have a waffle maker handy, just take out your skillet or griddle, and go for it. Â Dare I say -- this would make a great Thanksgiving breakfast? Â Just putting it out there... Â Decide for yourself! 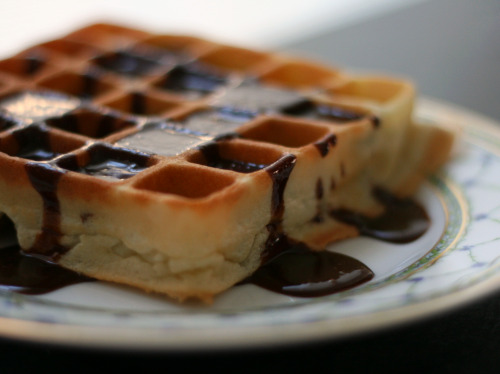 Sift together the flour, baking powder, and salt, and set aside. In a second bowl, beat together the egg yolks and sugar until sugar dissolves and the eggs turn pale yellow. Add the melted butter and milk to the eggs and whisk to combine. Add the flour mixture and whisk briefly. In a separate bowl, beat the egg whites until soft peaks form and gently fold them into the waffle batter. Pour just enough batter into the iron to cover the grid. Cook until the waffles are golden brown or the steam subsides, about 2 to 3 minutes.

Meanwhile, heat the milk over very low heat in a saucepan. Once the milk is hot to the touch, add the nutella and whisk until it dissolves and forms a thick sauce. Pour the sauce over the waffles, and serve. 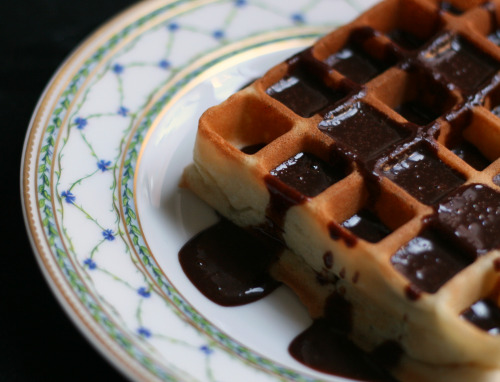