How To Render Duck Fat 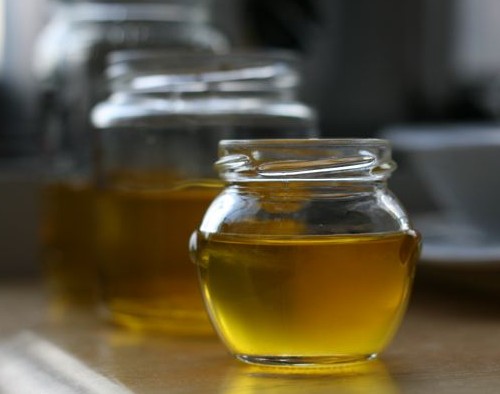 I think it is probably hard to convey, in writing, exactly how giddy this photo makes me. Do you see that beautiful, clear, golden liquid? That's duck fat. Otherwise known as, "one of the most delicious substances you could possibly ever consume." Also known as, "nearly impossible to find without paying a fortune." Finally, known as, "the substance Katy is so in love with that her parents worry she will die of a heart attack at 26."

Heart heath aside, I am so incredibly excited to have this little jar in my fridge (and two others in my freezer). And I am extra, extra, extra excited to share it with all of you! So let me start at the beginning.

Sometime in early 2008, I came to the conclusion that many dishes, be they vegetable, soup, or sauce, could be improved with a richer, more flavorful cooking fat. I like olive oil as much as the next girl, and I'll use butter on occasion, but I was intrigued with the idea of cooking with other types of fat. I experimented with sesame oil, dabbled in truffle oil, but finally I realized what my dishes were lacking: duck fat. 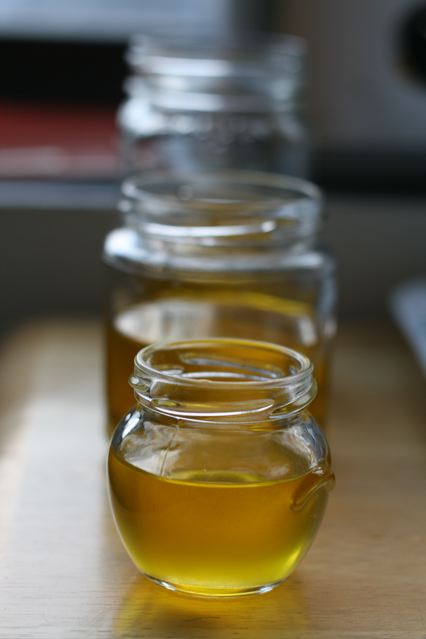 So, I started looking. None of the grocery stores in my neighborhood sell duck, except in the prepackaged D'Artagnan ziplocs -- no duck fat scraps to be had there. But in the back of my mind, I remembered the meat sellers at the farmer's market. If you can buy a duck breast or leg at the farmer's market, I figured, the rest of the bird is pretty likely to be for sale as well (the same is probably true of a good butcher, if there's not a farmer's market near you).

Sure enough, the following Saturday, I asked at the farmer's market if the duck meat vendor had any fat for sale. The man gave me a curious look, and said, "we don't bring it every week, but if you give me your name a week in advance, I can take an order." I gleefully gave him my name, and asked for a pound of duck fat. And as I was about to walk away, he called out, "I'll just get you the actual fat -- you'll have to render it yourself, is that ok?"

Brightly, I responded, "of course!" Inwardly, I thought to myself, "um, what is rendering, exactly?" And, I will admit, I was a little bit intimidated when I was handed this: 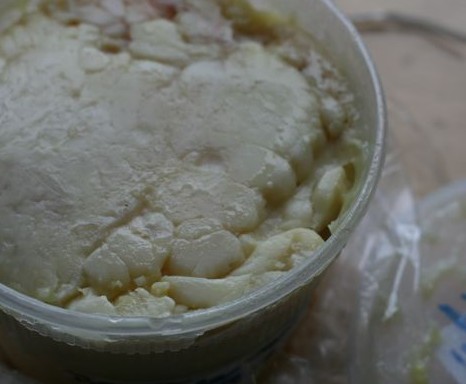 Somehow that is not exactly the culinary delicacy that I had in mind. But after a little bit of research, I did figure out how cooks render what's pictured here into that gorgeous golden liquid that one can actually cook with.

And now I'm going to share it with you, because it's actually quite simple.

Take the fat from the animal, and put it in a flying pan. Cover it with about 2 cups of water per pound of fat, so that the fat is entirely submerged in water. Turn the heat on the burner as low as you possibly can, and just barely simmer for about 60 or 90 minutes, until the water has cooked off and you are left with a beautiful golden fat.

Here's what it looks like after about five minutes: 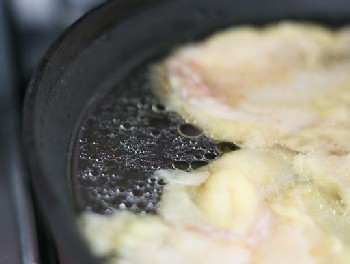 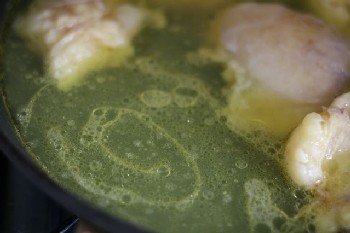 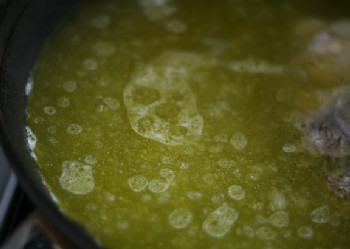 When it starts to look as though the simmer is dying down, watch the fat very, very carefully. It should be a warm golden color, with little lighter-colored bubbles emerging from the center of the pan where the heat is strongest (the water). As there is less and less water, those bubbles will become closer and closer to a boil, and the remaining liquid will turn a darker golden. Eventually, the boiling bubbles will suddenly become much smaller, just back to a bare simmer, which means all the water is gone. At that point, remove the fat from the heat immediately -- if you burn the fat, it's useless and you have to start all over.

In my (humble) opinion, it's better to have a slighly watery duck fat than to lose a whole batch that you burned, so once it hits the right color and the bubbles start to die down, you're done.

Next, let the fat cool in a heat-proof container, uncovered, for about fifteen minutes. When it has cooled slightly, strain it through a fine mesh strainer at least three times, and pour it into a small glass container or two.

Allow to the rendered fat to cool, uncovered, for about 2 hours at room temperature, than transfer to the refigrator for 24 hours (it will solidify again). After 24 hours, move any containers that you plan to freeze to the freezer.

My pound of duck fat made about 1 cup of rendered fat. It will keep several months in the refigerator or up to a year in the freezer. 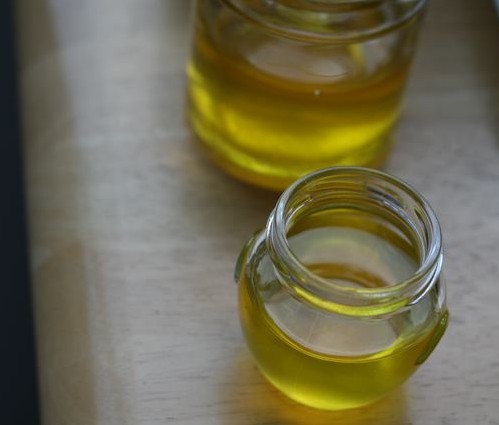